Strange atmosphere at night around the bungalow. A pack of dogs howling and barking, in the morning the echoing discordant tangly of at Thai voice maybe advertising something or giving the news. There’s aalittle kitten who is desperate to be with me, on my bed, only breakfast table….

I get a sawntaewn to old sukhothai which acts as a delivery truck for the hawker stalls at the old temples.i rent a knack erred bike for 30 baht and the ticket sellers at the gate to the historical park are grumpy and unhelpful. The park itself is flat and features the partially reconstructed complexes of some pretty vast temples replete with standings and seated Buddhas. There are quite a few tourists, like me on bikes, or bigger groups on the electric shuttle or in tuk tusk. It’s not a particularly serene place. It’s a tourist park..but I guess I’ve been spoiled with the low key and more evocative Khmer ruins in the east. I grab a plate of fried vegetalian food ( that’s how it is written) and a pineapple shake at a little shack, and the groups of spa airs and French trawl back to their buses, all with a bottle of coca Colain hand.

The park is all manicured and a bit dull. I take my clunky one speed bike out of the park and follow the back roads through the woods where there are dozens of ruined chedi and temples. Not as well reconstructed as the park, but a lot more evocative.the best one is here, wat sapan hin, a 200 metre climb taking me to a shell of a temple, 6 columns and a 25m standing Buddha overlooking a flat falt forested plain. I’ve had my 15 minutes alone.a Spanish couple arrive, the girl adopts a Buddha posture for a photo.here come some more. At least cos you have to make am effort to get here, theses people won’t be asses! 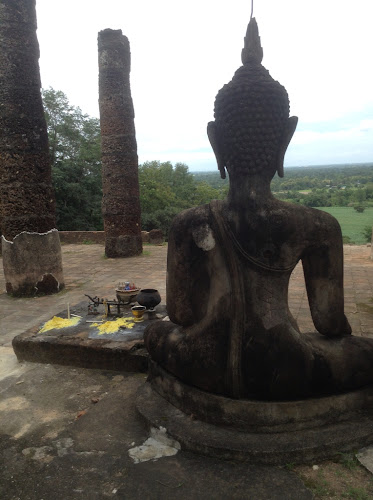 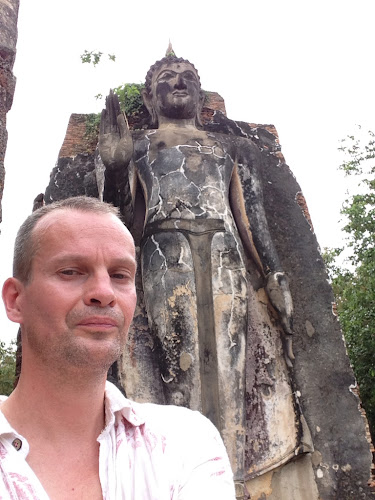 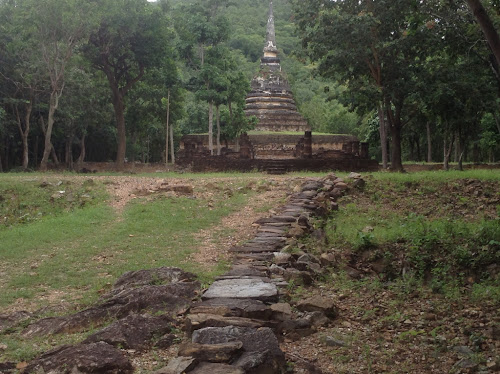 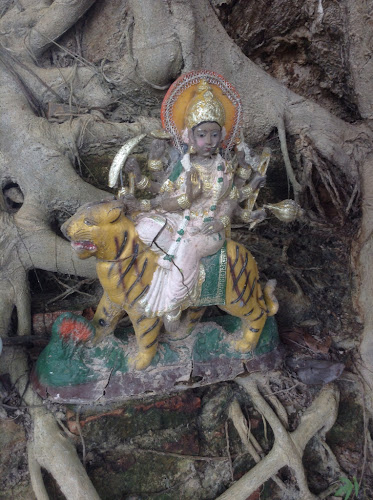 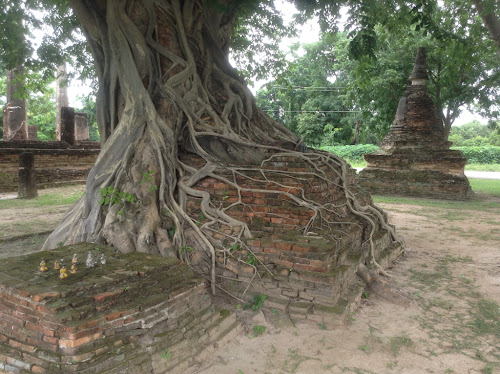 I st for a mango shake by the roadside, and am on the point of returning to base when I realise ther is still more to see, and it’s spectacular, a lily moated crumbly temple on an island with smashed and broken Buddhas, a Khmer style tower and a herd of cows grazing. And hardly anyone there!